Dr. Rusk earned a Bachelor of Science Degree from Arizona State University.  After spending a few years working in corporate America supervising guest service departments, he began his Master of Arts in Curriculum and Instruction at Arizona State University.  Upon completion of his Master’s Degree, he began his teaching career at Coolidge Unified School District.  From CUSD, Robert moved on to start his Dean of Students TOSA position for Seven Peaks School.  While at Seven Peaks, Robert served as the Dean of Students, Curriculum and Instruction Coordinator, RTI Coordinator, PBIS Coordinator, CARE Team Coordinator, and the Technology Coordinator while coaching the school and club basketball teams. Robert later completed his Initial Administrative Licensure program at Grand Canyon University. Shortly after that, Robert began his Doctorate Program in Organizational Leadership.

Most recently, Dr. Rusk moved to Seaside after meeting his wife. He then spent two years as the Assistant Principal at Broadway Middle School with the past two years being Principal.  While at Broadway, Robert published his dissertation, “A Case Study of Classroom Management Practices and the Influence on Classroom Disruptions” while serving the Seaside School District as the District Technology Committee Chair, District Math Committee Co-Chair, District Safety Committee member, Food 4 Kids Board Member, and the goalkeeper coach for the Seaside High School boys’ soccer team.

After moving to Vancouver with his family, Dr. Rusk took on the role of Principal for Seton Catholic. He also serves as a content expert in the school of education for Grand Canyon University. He is a member of the Knights of Columbus and he and his family are parishioners of St. John the Evangelist in Vancouver. In his spare time, he enjoys golfing and fishing the Pacific Northwest. 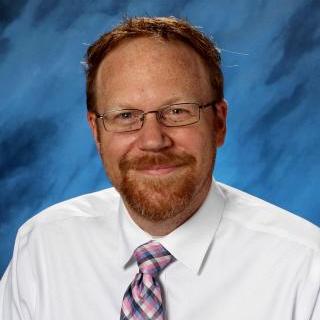