Dan grew up in Vancouver, WA and graduated from Evergreen High School. His first experience with Catholic education was when he went to Carroll College in Helena, MT. Dan met his wife Becki there and after graduating with education degrees, they moved to Vancouver. Shortly into their teaching careers, Dan and Becki went through the distance learning program at Grand Canyon University, each earning a Masters in Teaching. While working in the Evergreen School District, Dan taught almost every high school level of math and coached football, wrestling, and baseball.
Dan's favorite thing to do is to spend time with his family. His oldest daughter Madeline is a student at Seton Catholic and his youngest daughter is attending Dorothy Fox Elementary. The newest edition to the family, Samuel, was born in February of 2018 and is blessed with having not one, but three "mommies!" The Chase family loves to spend time with extended family, which includes traveling to Montana every chance they get to visit aunts, uncles, and cousins.
Dan loves southwest Washington and can't imagine living anywhere else. Being able to be at a Catholic high school was always a dream for Dan, but for the first ten years of his career, this wasn't a reality for him. When Seton Catholic opened their doors in the Fall of 2009, Dan knew that God was opening a door to his dream. Dan's first year at Seton Catholic was as the only math teacher in the school, teaching Algebra 1, Geometry, Algebra 2, and Pre-Calculus. One of his fondest memories of all time was the year when he was blessed to teach math to every student in the entire school! Dan also was blessed to be the founding head football coach for Seton Catholic.
It was a few years after teaching at Seton that Dan felt God's call to leadership. He learned of the Mary Ann Remick Leadership Program at the University of Notre Dame, a program through the Alliance for Catholic Education that prepares
leaders, ​specifically principals and vice principals, for Catholic schools. Knowing that spending weeks away from his family for three summers in a row would bean incredible sacrifice, Dan chose to make it a priority; and in the summer of
2016 received his Masters in Catholic School Leadership. Dan loves spending time at Seton Catholic, as it truly is his home.
GO COUGS! 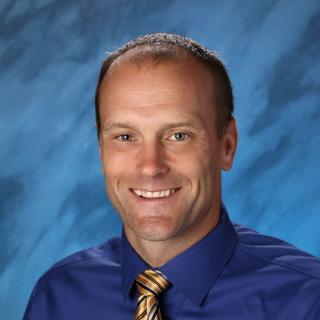